For May Day Bank Holiday, we spontaneously booked a hotel in Lincoln and spent around 24 hours there exploring, eating & drinking and taking lots of photos.

So I thought it’d be nice to document our time there with a little photo diary on here so you can see what we got up to and what sights there are to see in lovely Lincoln.

This was Brayford Waterfront which was where our hotel was located along with an abundance of restaurants and bars which made for a lively evening, especially as the sun was shining.

We then wandered up through the side streets at the bottom of Steep Hill and ventured into a few bars a long the way. it was Bank Holiday after all!

Just me, with a Cherry Mojito, which was so refreshing for such a hot day, in a cool bar called The Strait and Narrow which had the biggest cocktail menu I have ever seen!

Some of the tastiest meatballs which started our main evening meal at an Italian restaurant called Wildwood. The sauce was divine!

As we were walking back to the hotel after a nice meal and a drink, we caught the pretty sunset over the water which was so peaceful and relaxing after such a busy day. 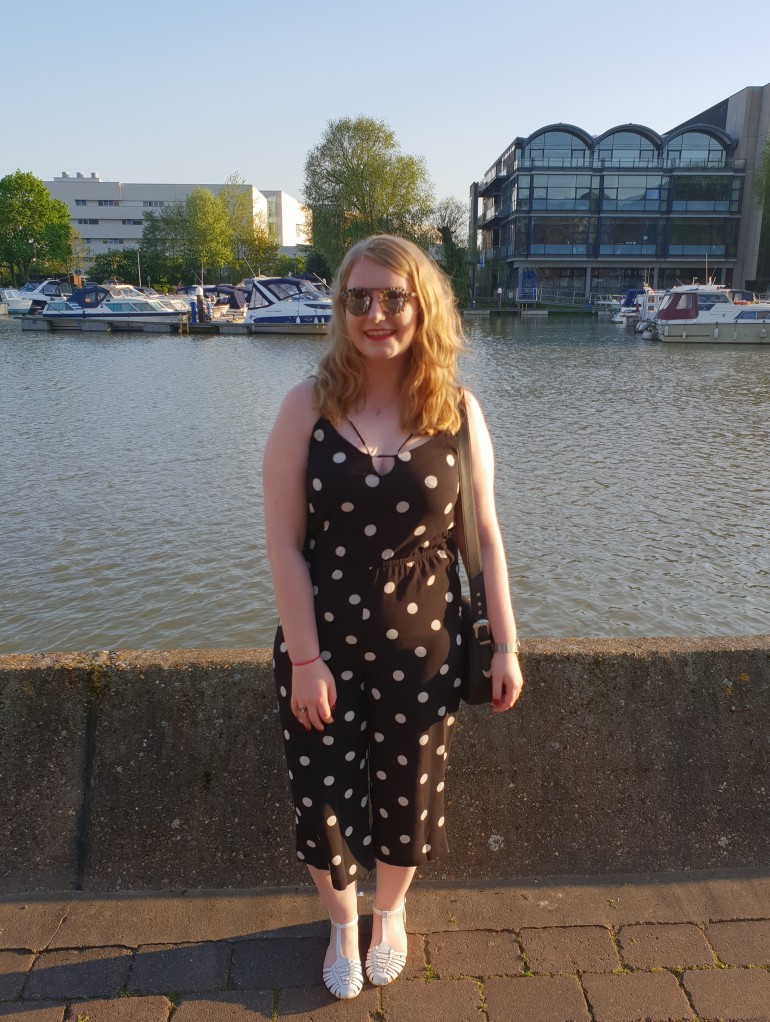 This was taken before we headed into town – I love this outfit!

This was our breakfast the following day at Carluccios. I had toast, poached eggs, pancetta and hollandaise sauce and Kane had a Full (Italian) English with a latte. 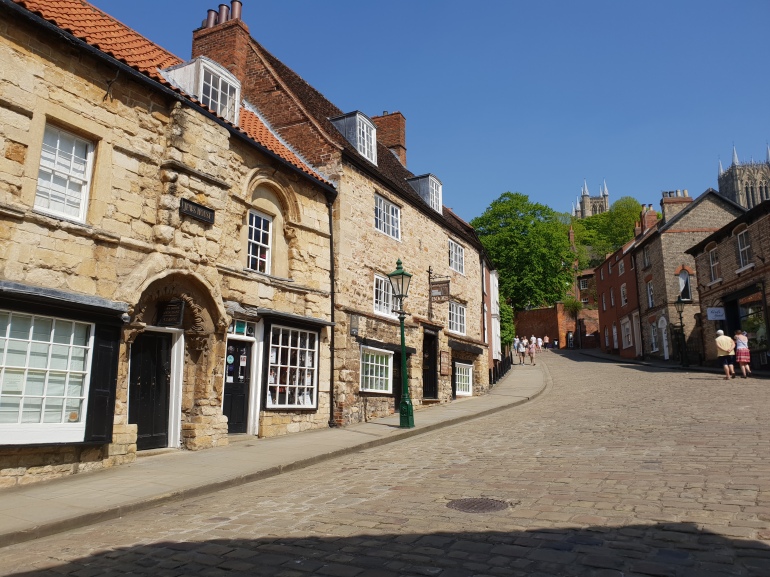 We then ventured up Steep Hill (exactly as it sounds) which was a task and a half but we found the cutest little pubs and reached the castle.

After exploring the museum and the old prison, we paced round the castle walls which was pretty damn hot in 26 degree heat. Pretty views though.

A rather sweaty selfie but the views were wonderful!

We then headed back down the hill and popped in Go Gelato for an ice cream. I had a Cherry Bakewell flavour in a nutty cone and WOW!

That’s all from our time in Lincoln. I hope you enjoyed a post like this, I thought it was something a bit different to try.

I'm 26, I live in Derby and I work as a Data Co-ordinator. I have a mild obsession with Pizza & Cocktails. View all posts by Jay Allsopp

One thought on “24 Hours in Lincoln – Photo Diary”

I'm 26, I live in Derby and I work as a Data Co-ordinator. I have a mild obsession with Pizza & Cocktails.